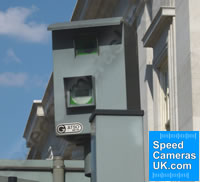 Traffic light cameras are triggered either by using ground loops that are cut into road surface or radar technology. When using loops, as the traffic lights turn red the system becomes active, any vehicle passing over the sensor in the road after this time is then photographed. Radar based traffic light cameras work in the same manner as fixed Gatso speed cameras. Are these coming to a place near you?  Will Lancashire or Blackpool be the next installation?

A news story that appeared in the Daily Mail newspaper reported that the Home Office plan to turn over 1,000 traffic light cameras into speed cameras. “More than 1,000 traffic-cameras used to catch drivers jumping red lights are to converted so they can also trap speeders”.

As well as Gatsometer traffic light cameras there is a new truvelo speed camera that can also operate as a red light speed camera. 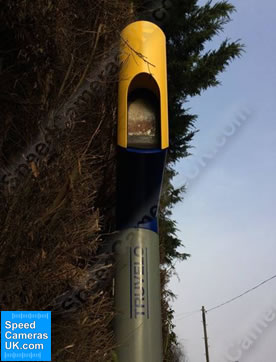 In 2013 a new type of digital Truvelo speed camera was launched, known as D-Cam which is short for Digital Camera. Since that time a number of Police forces and constabularies across the UK have opted to replace many ageing fixed Gatso speed cameras with Truvelo D-Cams. This change from Gatso to Truvelo D-Cam is by far most noticeable in Norfolk where Norfolk Constabulary have installed no less than 27 Truvelo D-Cams.

Unlike the original Truvelo speed camera, the new Truvelo D-cameras can be installed forward or rear facing to approaching traffic. This means they can target the front or rear of passing vehicles.

Truvelo D-Cams can also be used as red light cameras and can monitor traffic on 3 lanes at any one time.

The cost of installation is around £10,000, but have relatively low running costs. If you’d like to read more about the original Truvelo speed camera click here.

What’s new with these cameras? 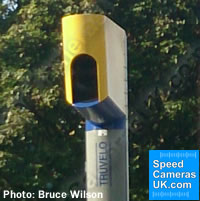 The latest Truvelo cameras named D-Cam are part of a new digital camera range which are mounted to polls at the side or central reservation of the road.

These new digital cameras don’t require film, instead the Truvelo D-Cam can either store up to 100,000 digital photos or send the photos in real-time via an ADSL/3G connection to a back office for processing.

If the photos are stored on location, the camera conveniently lowers so the data can be simply downloaded to a laptop or other device to be then processed at the Police authorities or Safety Camera Partnerships offices.

The Truvelo D-Cam uses one of two technologies to trigger the camera in taking a photo of a speeding motorist.

The first is called D-Cam P and uses piezo sensors embedded into the roads surface. As a vehicle drivers over the strips in the road and if the calculated speed is too high the Truvelos infra-red camera is triggered to take a photo.

The second method named D-Cam L uses a laser beam to measure the speed of approaching vehicles. When a car, van, etc is approaching too fast the camera springs to life to photo the offending motorist.

The Truvelo D-Cam speed camera does not ‘flash’ like a Gatso speed camera. Instead Truvelo cameras uses an infra red flash which produces no visible ‘flash’ to the approaching driver. This is provided via either a built-in infra-red flash or a separetly mounted unit – as pictured below. 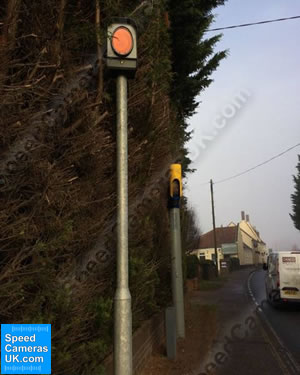 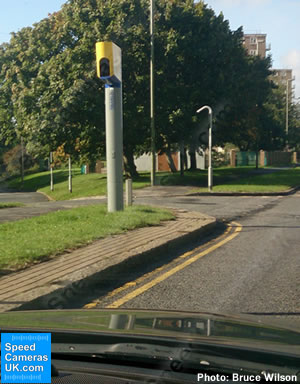 In September 2013 two New Truvelo D-Cams were installed in accident blackspot locations previously enforced by Gatso speed cameras. Because these are now Truvelo the photo they take now includes the driver of the vehicle. This leaves it undeniable who was driving at the time of the speeding offence.

Simon D’Vali, chair of West Yorkshire Casualty Reduction Partnership, comments: “The new cameras on York Road are the first sites in Leeds district to have been replaced with modern digital cameras. These sites have been at the road side for 13 years, camera housings do not last forever and in the intervening time camera technology has moved on. The West Yorkshire Casualty Reduction Partnership has a rolling programme that, over the course of 20 or 30 years, will see all the county’s cameras moved to digital”.

He also added “The new digital sites transmit photographs and speed readings directly to the back office for checking, there is no requirement for a technician to drive to site, collect the film, then develop it.”

Mr D’Vali finally commented “The partnership exists to reduce casualties. We know safety cameras are an effective tool to do this. We are making savings, so with the digital cameras we can effectively do more for less money.”

The absolute minimum penalty for being caught speeding on the UK’s roads increased 66.7% in July 2013 from £60 to £100 fine. A minimum of 3 penalty points will also be added to your licence.

However, depending on the road speed limit and your actual recorded speed in the speeding offence a court summons may be generated in place of the Notice of Intended Prosecution (NIP) through the post.